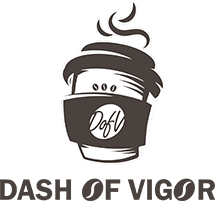 Once you know what is matcha tea powder, it’s time to understand the difference between matcha vs coffee.

You will notice many scientific sources in the article. I tried to do as much research as possible on the subject.

If you read on, you will see that drinking matcha has many benefits for your health, some of which overlap with coffee. On the other hand, drinking coffee has both positive and negative sides.

Enough of our delay. Let’s start.

Both matcha and coffee are rich in caffeine, increasing our alertness.

Coffee is generally more caffeinated than matcha tea. Because L-Theanine is in it, it can increase your energy levels in a less abrasive manner.

The L-Theanine found in matcha has soothing properties, making this kind of tea a superior choice to coffee for those suffering from high anxiety or hectic day-to-day life.

However, matcha is richer in antioxidants compared to coffee.

Yet, coffee and matcha’s many advantages and potential drawbacks are being studied by scientists to ensure that in the future, we may gain a better understanding of their impact on our overall health.

The amount of caffeine in matcha tea and coffee could differ from cup to cup. They are influenced by various variables like the quantity of green powder used to make a tea, the kind of beans used in the coffee, the roast profile, and the method of brewing used in the coffee extraction process.

For instance, the caffeine levels of coffee samples sourced from cafes ranged depending on the preparation method and the volume (around 60 – 95 mg), while Matcha contains around 38 to 88 mg of caffeine.

It’s possible to conclude that a cup of matcha tea is generally less caffeinated than a cup of coffee. But this does not mean that green matcha tea can’t get you going and increase your energy levels and alertness throughout the day.

While matcha and coffee can be caffeinated, matcha contains an essential amino acid called Theanine that alters how caffeine functions in us.

For instance, drinking coffee can cause an increase in blood pressure principally due to the caffeine amount.

The evidence shows that Theanine (and caffeine) can reduce this undesirable effect on blood pressure caused by caffeine while not affecting its ability to enhance cognitive performance.

This implies that combining L-theanine and caffeine in matcha green tea will speed your body up without causing your heart to race and may lower the risk of caffeine-induced anxiety.

Compared to coffee, matcha might be superior in keeping you alert for longer, as its consumption can be linked to a lower risk of experiencing a gruesome caffeine crash.

It’s important to remember that research studies suggest that L-theanine, combined with caffeine, improves our ability to focus on a particular job and not get distracted.

Also, even though coffee typically has more caffeine than matcha, it does not contain L-theanine, which can positively affect mental and emotional well-being.

Benefits Of Matcha Vs Coffee

If you’re trying to decide which is the greatest – Matcha vs coffee, you should be aware of the benefits they could bring.

Both caffeinated drinks are linked to various health-promoting benefits that merit mentioning in this comparison side-by-side.

Caffeine benefits in Matcha and Coffee

Matcha and coffee have antioxidants and other bioactive that can positively impact our health and well-being.

As we all know, one of these bioactive substances that both contain is caffeine.

In addition to its energy-boosting properties, there is evidence that caffeine can improve metabolism and fat-burning.

This is why a lot of supplements for losing weight contain caffeine.

If you’re looking to shed pounds, the caffeine in Matcha and coffee can boost your endurance when you work out.

There is also research evidence that caffeine decreases the rate of perceived exertion when exercising.

If you’re looking to shed weight, it’s a great suggestion to sip an iced cup of matcha tea or freshly brewed coffee around 30 minutes before exercising because caffeine can boost your physical fitness.

It is important to note that you will increase your aversion to caffeine. That could lessen its impact on your workouts.

The thing worth mentioning is that it’s becoming increasingly apparent that we aren’t doing enough. Gut microbiota is closely linked to inflammation, obesity, and insulin resistance. Green tea from Matcha contains catechins, polyphenols, and catechins. These can cause weight loss by altering the gut microbiota.

Catechins are powerful antioxidants found in the leaves of green tea. Therefore, you also take beneficial polyphenols when you drink black, green, or oolong teas.

The fact is that matcha tea is much higher in catechins since we prepare it by dissolving all of the green tea leaves with hot water.

Some beneficial components will not leak into the tea if you’re drinking an ordinary cup of green tea.

It’s not the case with matcha. The good stuff gets directly into your cup because you’re dissolving the matcha leaf.

Concerning its antiobesity benefits, some studies suggest that the catechins of green tea could influence the sympathetic nerve system’s activity. They also promote the metabolism of fat.

Regarding weight loss, it looks like matcha is one step ahead of coffee.

The antiobesity properties of matcha can reduce the chance of developing T2D for those who consume the powder daily.

However, the consumption of coffee has been associated with a reduced risk of having type 2 diabetes, not only due to the caffeine amount but other bioactive substances like cafestol and chlorogenic acid.

The most abundant catechins in the green tea plant are epigallocatechin gallate (EGCG), and there is evidence to suggest that it is a potent antioxidant. The ability to fight cancer as well.

The positive effect of Cafestol and Kahweol from coffee

Cafestol and Kahweol are diterpene compounds that are found only in coffee plants. They also can contribute to the bitter taste.

These coffee ingredients have the potential for coffee’s anticarcinogenic properties.

Kahweol and cafestol are antioxidants that help protect against DNA damage and oxidative stress.

It is worth noting that Arabica beans have more cafestol than the Robusta beans. You won’t find Kahweol in Robusta coffee beans. Therefore, the kind of coffee you drink significantly impacts the health benefits of your cup.

However, there is evidence that diterpenes cafestol and Kahweol are dieters that increase cholesterol levels. Our blood is in the veins. This is why the daily consumption of coffee brewed without filtering has been associated with an elevated risk of developing cardiovascular disease.

Many have switched to filtering coffee because paper filters trap diterpenes and help keep them out of your coffee. Chemex filters are very effective in accomplishing this.

Chlorogenic Acid In Coffee and its positive effects

Research studies suggest that in conjunction with EGCT, an additional green tea chemical called quercetin can also stop or slow down the development of some cancer types.

The chlorogenic acid found in coffee is linked to the anticarcinogenic properties of coffee, too.

In reality, chlorogenic acid offers a variety of health advantages that merit mentioning when you look at this matcha coffee review.

The chlorogenic acid has anticarcinogenic and anti-diabetes effects. It’s also a potent antioxidant, which has anti-inflammatory and anti-obesity effects.

Do Matcha and Coffee help with Parkinson Disease

Regular consumption of coffee and caffeine is also linked to a lower risk of developing Parkinson’s Disease.

Matcha green tea is a source of caffeine as well, so, logically, it could reduce the risk of contracting this disease. The potential impact of theanine in green tea in therapeutics for Parkinson’s disease is also being studied since there is scientific evidence that it could be extremely useful in this type of setting.

Matcha and Coffee impact the health of the liver

In terms of dental health, there’s the winner in this with coffee. Coffee can cause tooth staining and cause the condition known as halitosis (bad breath).

There are a lot of studies that support the beneficial qualities of green tea for oral health. Regarding oral health, it seems like matcha is the best choice compared to coffee.

However, there is proof that coffee can help prevent caries development if taken in isolation (without additives).

If you add creamer or sweetener, coffee’s antibacterial and anticaries properties are likely significantly diminished.

Adding sweeteners to matcha green tea can decrease some positive effects on oral health. So try to stay clear of any additives.

In addition, Green tea polyphenols can protect you against the effects of photoaging. The consumption of coffee is also associated with similar effects due to the presence of polyphenols in it.

Another positive effect of L-Theanine in Matcha is that green tea does not raise blood pressure like coffee.

However, it’s a good source of caffeine, which benefits mood and performance. This means that Matcha is more energizing than coffee for people suffering from hypertension.

Evidence suggests that L-theanine could aid in helping us manage anxiety and stress levels.

In addition, an investigation by scientists indicates that for 40 minutes after the oral administration of Theanine, A-waves was created on the brain’s surface.

The creation of the alfa wave is believed to be an indicator of relaxation. This could be one reason that Matcha is quite effective in improving our alertness through its caffeine while at the same time improving our capacity to stay away from distractions and stay focused. Theanine does not allow us to become overwhelmed and helps us focus on the caffeine power to complete the task.

It’s generally certain coffee has a less favorable reputation than Matcha regarding its anti-anxiety properties.

Besides its benefits, matcha green tea is much less likely to disturb sleep than coffee.

Sleep deprivation is linked to a higher chance of anxiety.

Thus, Matcha is a superior option to coffee for people subject to stress-inducing events or more susceptible to a high-stress level.

Is Matcha Or Coffee More Acidic?

Compared to Matcha, coffee is more acidic, with ph ranging between 4.85 and 5.13.

Matcha is alkaline, with pH values that are around 9.

This Japanese green tea powder is a superior choice if you’ve got an upset stomach and searching for a lower acid caffeinated drink for your morning.

But, if you suffer from GERD (gastroesophageal reflux), drinking matcha or coffee can cause symptoms due to caffeine levels.

But, Matcha can indeed have less caffeine than a cup of coffee.

You now know the difference between matcha and coffee regarding caffeine levels, health benefits, and overall impact on our bodies.

Matcha is a bit of a unique flavor, especially for those who are used to a western diet. However, not every coffee drinker is attracted by it.

Those who cannot appreciate the flavor of matcha or have purchased a gourmet-grade tea won’t be impressed with its taste.

Drop me a line to let me know your thoughts. Did you discover something new?

What is Matcha Tea Powder: Everything you need to know

What Matcha Does Starbucks Use?