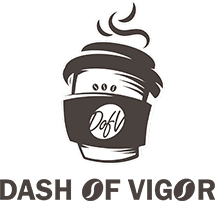 What is a Shakerato Coffee and its Recipe?

Have you ever found Shakerato Coffee on your favorite cafe menu? If no, then if you spot somewhere, make sure to take a shot – it’s well worth a try!

I will be amazed if you find this coffee on the menu.

It’s not because people don’t like it. The reason isn’t so widely accessible is because making it requires a little longer and can mess up the flow of the barista. This could be a problem at a crowded cafe and is why many coffee shops have removed their Caffè Shakerato from the menu.

If you want to know more about Shakerato Coffee, its recipe, and the different types, you will further find this in the article.

Without further delay, let`s dig in!

What is a Shakerato Coffee?

The Shakerato Coffee is a pretty easy drink to make in terms of ingredients.

What makes it different is its preparation method. Shakerato is an Italian word that refers to “shaken.” And as you can see, this suggests how to make this coffee.

The espresso shots and the sugar are added to a shaker filled with ice cubes. The barista shakes everything vigorously and serves the coffee in a tall martini glass.

Did you know that ice cubes serve two roles?

First, they reduce the temperature of the espresso. Second, they also allow the espresso to aerate.

The result is a creation of a beautiful foam layer that is about 0.2-0.5 millimeters.

I have to admit that my experiences with this drink don’t verify this statement.

Naturally, you could include 2 tablespoons of sugar into the shaker if there isn’t any sugar syrup on hand.

However, this could result in a poorly spread sweetness since the grains cannot dissolve as easily at a cold temperature.

I like mixing 10 grams and 15 grams of syrup since this gives a more flavorful taste.

You can create sugar syrup simply by mixing one part sugar with one part warm water.

Where Did Shakerato Coffee Come From?

Shakerato isn’t as popular across the United States compared in Europe.

It is an original drink created by Italians and has been a favorite drink in Italy over the last decade. Its name “shakerato” comes from the English word “shake” with an Italian ending.

The drink was created for summer and is available in cafes across Italy.

Contrary to the U.S., Italians believe that putting excessive ice in drinks could harm the digestive tract. This is why, despite shakerato being a popular summer drink, it only uses a tiny amount of ice in its serving. Instead, it was created by shaking to chill, rather than adding ice cubes that chill. It means that you don’t have to worry about the chilling effect of ice, regardless of its time to complete it.

How to Prepare Shakerato Coffee Recipe?

Notes from the author

Iced coffee is a trendy and well-known drink throughout the United States, no matter the season. It’s a broad classification that encompasses all coffees with the addition of ice cubes.

The basic Shakerato recipe is also very straightforward. Much like iced coffees, it is made with just a few ingredients. Despite this, the Shakerato is more well-known throughout Italy and Europe than in the United States. It has grown in popularity in America over the years, but it is not as popular as its iced coffee counterpart.

The most significant difference between those two types of cold drinks is that the barista served the iced coffee with additional ice. In contrast, Shakerato has no ice in the glass.

Another difference is the type of glass in which you will have your coffee. You will drink Shakerato from a tall martini glass most of the time. At the same time, Iced coffee is usually served in different glass or plastic cups.

A further difference between them is the method of preparation. In the case of iced coffee, the components are put in the glass filled with ice. In contrast, the barista shakes all of the Shakerato ingredients in the tumbler. Then he pours the mixture into a martini glass without adding a cube of ice. There is also an ice-cream layer that is floating on top.

What is a Shakerato Bianco?

Shakerato Bianco is an espresso-based cold coffee drink you can purchase at several Starbucks Reserve places.

The ingredients of Shakerato Bianco are ice, a shot of espresso, and vanilla sweet cream. You shake everything together and pour the coffee over a glass with ice.

This ingredient provides sweetness and creaminess to the Shakerato drink. Also, it makes it a bright and vibrant color, so its name is Bianco (i.e. White Shakerato).

Contrary to Shakerato Coffee, its white version is served on ice cubes.

The White Shakerato tastes similar to another drink based on espresso called Freddo Cappuccino.

The second isn’t shaken but is created by pouring two espresso shots over ice cubes and then finishing it off with the cold milk foam.

Another coffee drink that is close to Shakerato is the Freddo Espresso.

The ingredients for this coffee are:

To prepare it you need a mixer for drinks. You just have to mix everything with the mixture and pour the coffee over a tall glass with ice.

Contrary to Caffè Shakerato, Freddo Espresso isn’t shaken but rather mixed. The mixer for drinks can aerate the drink, so it has a lovely foamy texture.

A further difference between the two is the ice. Freddo Espresso comes in a glass filled with ice cubes.

In contrast, there aren’t any ice cubes inside the Shakerato martini glass. This creates an even more robust coffee flavor.

How do you make homemade shakerato?

Does shakerato have sugar?

A Caffè shakerato can have sugar. A tiny amount of sugar or sugar syrup aids in enhancing viscosity. It gives a silky texture and an exquisite bitter-sweet taste profile.

Of course, you can prepare the coffee without sugar.

How many shots are in a Shakerato?

Shakerato Coffee contains two Espresso shots. But if you do not want so much caffeine (~125mg) you can order it with one espresso shot.

Is Espresso Bad for You?

Coffee With Salt: What you need to know